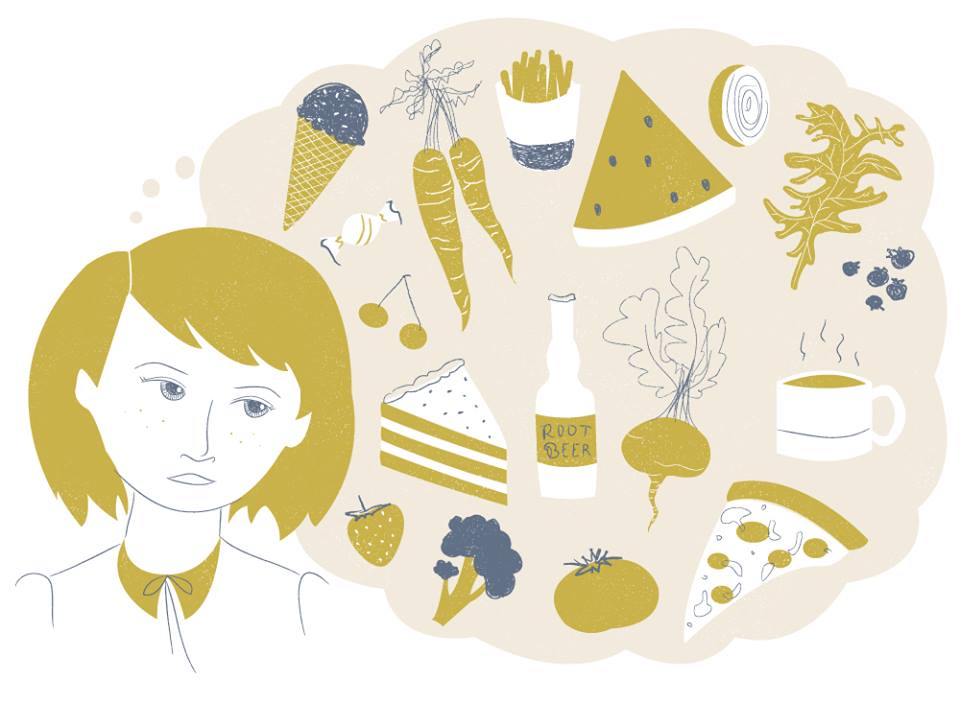 ‘So, um, I kind of ate 6 cheese danishes yesterday instead of what I planned for dinner… and then some jelly beans and some cookies… argh, I feel so disheartened, I don’t know why I keep doing this.’

‘I wanted to go for dinner with them, I planned to. But then right before, I freaked out. I looked at the menu like 10 times and cycled between choices I could potentially eat. Then I panicked and the voice said I just couldn’t do it. So, I texted them and said I wasn’t feeling well and stayed home instead.’

‘I didn’t plan on doing it actually, I went to my mom’s and she made pasta. I had eaten really well all day and at first felt good to eat the meal, then I decided to have some extra cheese and as soon as I ate it I regretted it. I knew I’d have to go throw it up. So as soon as I finished I went, came back and acted like nothing had happened. I don’t know where I went wrong: having the extra cheese or giving in again to go throw up.’

Eating disorders come in many guises and their sufferers do also. For many years, the illness was associated with young females, often attractive and high achieving – and always severely underweight.

Gratefully, in recent years both the medical and psychological professions, as well as mainstream society, have begun to recognize and embrace the diverse manifestations of disordered eating. Treatment approaches are more varied, funding is more accessible, but, in many communities, stigma is still rife and recovery success remains low.

I’ve worked in the field of eating disorder recovery for around 7 years now. First as a mentor for young women attempting to recover, then as a therapist and coach and most recently I’ve undertaken nutritional training so that I will be qualified to not only help people process the emotional and psychological issues behind their food behaviors, but also create bespoke, medically backed meal plans with them too.

I believe I am now truly an expert in the field and am ever-gaining a better understanding and insight into these mysterious and cruel manifestations of compulsive behavior.

The stigma around ‘food issues’ is as diverse as the issues themselves, ranging from the alarmingly popular ‘fat shaming’ that occurs both amongst adult and youth populations, to the old stereotype that anorexics are just ‘vain’, or that their desire to be skinny is due to media pressure and super models. Other mislead and unhelpful beliefs include ‘binge eaters are just greedy and should learn self-control’; ‘only women have eating disorders’; ‘bulimics are all slim’; ‘sugar addiction isn’t a real addiction’; ‘body building and extreme fitness can’t be manifestations of eating disorders because the people who practice them are really healthy!’ There are many more, but ill stop there for now.

All these commonly held beliefs, shame, inhibit and limit sufferers from seeking help and are often held by those very people too.

I’ve met many young women who obsessively dieted and restricted food intake only to then binge or eat compulsively (often against their will in a sort of uncontrollable impulse), who are miserable and full of self-loathing, who’s entire existence revolves around what they can and cannot eat – but who don’t believe they have a real problem because they’re BMI is in the healthy range. Some of these people use laxatives daily, abstain from entire food groups thus – becoming malnourished and nutrient deficient; some of them exercise until exhaustion and many consume damaging quantities of sugar and processed foods. Though their weight may be normal and they may even appear healthy to friends and family when out for a meal together, these people are trapped in a prison of obsession and fear, which regularly leads to depression, suicidal ideation and in some cases suicide.

My early career was outside of the Jewish community, but in recent years I began working with a range of Jewish people, including teenagers from Charedi and ultra-orthodox communities. I was dismayed at how little was known about eating disorders, or was discussed within this section of our society. Many sufferers could go unnoticed, their behaviors slipping under the radar of any sources they may have for pastoral support. Lack of education on the matter seemed to be the biggest culprit for misunderstanding and complacency regarding treatment of these issues. Simply: people did not know what eating disorders were, beyond perhaps a vague notion of some ‘goyish desire to be thin for vanity purposes’.

Compulsive over-eating and food addiction was certainly not understood as being a problem and any concept that such behaviors could cause someone emotional distress, was often beyond fathoming.

A few years ago, the daughter of a well-known rabbi in the community I was living in tried to kill herself. After years of battling an eating disorder, which led her to other addictive behaviors too, the shame and pain of acting out again after so many attempts to stop, caused her to no longer want to live. Thank G-d her suicide attempt failed, but it let her permanently scarred and her eating disorder remained. This incident really shook me. She had revealed how alone and misunderstood she felt and I got the impression her family was concerned about what others would think of them, knowing that their daughter had these issues.

Of course, this lack of information and the stigma which goes with it, exists within all communities, not only the ultra-orthodox; but as a demographic with less information available to them through TV, cinema, news and the internet, I feel very strongly that raising awareness of the issue, including the various manifestations of the illness and the fact that it can affect anyone regardless of gender, age or position – is vital.

Effective treatment for eating disorders is still widely debated. I’m constantly trying to identify what is the magic formula that makes someone be able to stop their behaviors and overcome the incessant voices that exist within their heads. When I find that formula I shall bottle it and give it out freely! For now, I’ve recognized that different things help different people and that a combination of awareness of the severity of their problem, a real desire to change and to get better, with ongoing support which includes people to reach out to when the compulsions take over – are all factors that can help someone to begin the journey of recovery. Information about healthy eating is also useful, as often people have no idea how they could and should actually be approaching their diet, health and wellness. Of course, addressing the underlying pain, anxieties and discomfort that lie beneath the desire to act out (which often masks the negative feelings, as all addictions do) is imperative as well.

Creating communities who can identify and support sufferers, is fundamental to the success of ongoing treatment in the battle against these horrendous illnesses. As mental health professionals, we should be doing all we can to better inform ourselves about these issues and to encourage this awareness in others.

I work with individuals and groups to help them to better identify the signs of disordered eating behaviors and give suggestions of how to effectively support anyone they know to get help. If you or someone you know are affected by these issues and you’d like more information, please get in touch. 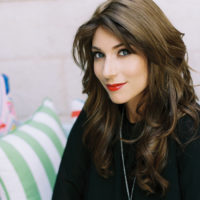