The Netflix TV hit series My Unorthodox Life depicts a formerly Orthodox Jewish family's transition into Unorthodoxy. One of the significant themes covered in the show is dealing with differences of opinion.

Batsheva and Ben, Julia Haart's married daughter and son-in-law discuss their different approaches to Jewish religious practice.  Ben often expresses his desires for Bat Sheva to adhere to Jewish life more stringently than what she would like. Batsheva shares with Ben the importance for her to explore how to be more Modern. As an example, Ben explains his wish for Batsheva to continue wearing skirts (as opposed to pants), which is something he feels more comfortable with her doing as he feels she represents them both. Watching the show, the exasperation of both Ben and Batsheva is palpable, as each stick firmly to their need to get their point across and be heard.

Batsheva desperately wants Ben to understand her need to express herself through dress, albeit immodest in his eyes. Ben desperately wants Batsheva to understand the significance of modest dress as for him this has always been important. This was a non-issue when they first married as both were more Orthodox then. The issue of dress only changed once she decided to become more modern.  For him, his wife wearing pants specifically conveys something that doesn’t feel right for him. He sees his wife as an extension of himself and wants her to understand how her self-expression affects him.

When I work with couples through dealing with differences, whether it be religious or any other practice or want, I help the couple explore their deeper feelings around their differences of opinion and differences of practice. Couples deal with all kinds of differences. Some examples are issues around health and fitness, what kinds of food enters the home, what kinds of media are allowed, how to use finances, what dress represents members of the home, places to hang out and where not to go, how much time to spend together, what to do with the time they spend together, where to go on vacation, to name but a few.

Tensions are high around decision making when each feels their existence or way of being is threatened by the outcome of their decision.

In the example in My Unorthodox Life both Ben and Batsheva present strong arguments for their decision pro and con Batsheva wearing pants (something right wing Orthodox women don’t do).  Ben expressed his concern as not being ready for all that Batsheva wearing pants means to him. Batsheva stands firmly on her need to express herself through her dress, and that Ben not allowing her to wear pants feels like an aggressive stance against his willingness for her to fully express herself.

When breaking down how to deal with seemingly binary dilemmas, it's important for each side to really try and understand the other person's perspective and hear them. The more heard your partner feels, the more likely they will be to want to hear you. Of course, one of you needs to get started.

In order to be able to hear your partner's perspective you first need to understand your own perspective but make sure to really listen to what your partner is saying. What often gets in the way of hearing your partner and vice versa is you both feel so scared of losing your ground and therefore, losing the battle.

1) Try and understand your partner's perspective

2) Know your perspective without trying to push it, this only makes your partner push away.

4) Reflect what you hear them saying.

5) Share your perspective while taking on board your partner's perspective.

6) Understand that you will feel fear of losing your ground when it comes to deep seated differences of opinions.

8) Try to find the grey area between your two opinions. You may have to search a bit, but believe me, it's there.

9) Make a pact between you that you won't let the differences tear you apart but rather by openly discussing your feelings, it will build you up and make your stronger.

10) If after trying to see one another's perspectives you can't move forward, get the outside help of a fully qualified Marriage and Family Therapist, preferably one who specializes in Emotionally Focused Couples therapy.

I'd love to hear some of the differences you struggle with. Feel free to drop me a line and share what those differences are : [email protected] 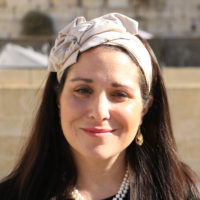