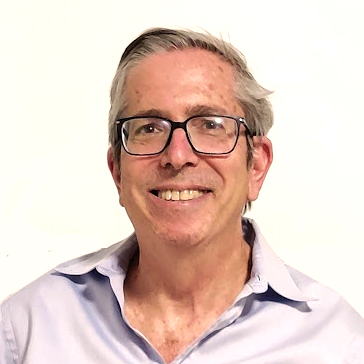 I am an American born psychiatrist, originally from Philadelphia Pennsylvania and later New York City.  I attended Pennsylvania State University and Jefferson Medical College in an accelerated 5 year program.  I then completed an internship at NYU Medical Center in Manhattan followed by a residency in Neurology at Mount Sinai Medical Center in New York.  In 1980 I moved to Israel where after doing intensive Ulpan, I completed my residency in psychiatry at Hadassa Medical Center in Jerusalem. (1981-1985).  I returned to the US, (New Jersey) and did a fellowship in psychopharmacology at Albert Einstein Medical Center in Bronx New York.  I worked for several years in the US in outpatient practice with a focus on adults and geriatrics (including consultation work at several nursing homes).

In 2016 I returned to Israel, this time to Haifa, where I have been living and working until recently at Rambam Medical Center primarily in the outpatient mental health clinic.  My work there was focused on adult and geriatric psychiatry, and also patients from the Defense Ministry (Misrad HaBitachon).  These were individuals with a variety of psychiatric disorders but primarily disabled veterans with Post Traumatic Stress Disorder.  During this period I studied various techniques including EMDR (Eye Movement Desensitisation and Reprocessing), a technique for treating PTSD and obtained certification in using this technique.  I recently left RAMBAM and have been employed half-time at Maale HaCarmel Psychiatric Hospital in Tirat HaCarnel on the inpatient geriatric psychiatry unit.

I now have a private practice in Haifa at Mediplace, a multi-practice specialty group in central Haifa (Mercaz HaCarmel).

Board Certified in Neurology in the US - 1981

Subspecialty in geriatric psychiatry in the US-2016