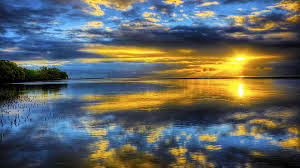 Opposites Do Not Exist; Opposites Are Created

In both our personal and professional lives, it is more manageable to work with ideas, strategies, plans, goals, relationships, feelings and so on, if we place them in an opposite:

These states, however useful they are in organizing ourselves, do not exist; they have been created by us to help us make sense of who we are, in relation to others, and our environment.

Opposites, as adjectives, describe, “a position on the other or further side of something; diametrically different; of a contrary kind.” This adjective can be applied as a means to clarify a part of a whole but is not accurate if it is to define a place that is separate or distinct from another. Let me pause and ask the reader, “Do you think I am right or wrong?”

Even life and death isn’t as clearly distinct as we would like it to be. If it were, we wouldn’t be in an age old conflict of defining what is life when it comes to the fetus, when it comes to being “brain dead” or on an assisted breathing device, or even understanding what happens  once our physical body returns to dust. I am not sharing my opinions, I am reflecting on the complexity of states that opposites attempt to simplify.

Movement is the key to life as we know it; where there is life, there is movement.

In as much as we create opposites we depend on the movement from one state to the other in order to understand each one as a separate entity.

This discussion of movement between opposite states produces a primary paradox which I refer to as an existential paradox.

As we move to separate, we are driven to integrate.

The constant flow between separating and integrating has its source in our physiology; our brain is “split” into two hemispheres yet our functioning crosses all boundaries. The boundary between the two brain hemispheres is an example of an internal boundary. In nature observable boundaries exist.

But the boundaries of opposites are individually created, they are subjective. If paradoxes have substances, boundaries are the main substance of this one.

Boundaries form their own state, a place where elements of one opposite flows into the elements of the other. In this way, boundaries are not fixed and if we find ourselves “stuck” in the flow, by observing where we are we can gain much perspective.

From this we can derive that how we use time in the flow of this paradox is essential to not only understand where we are but when; are we in a past, present or future tense. Can we see what’s coming towards us? Can we see what’s passing by us? Can we be in the current flow?

The Hourglass contains clear boundaries of opposites; top/bottom, full/empty, and its content represents the flow of time or the integration between the opposites. What’s significant about it is that once the sand has moved from the top and has stopped and filled the bottom, it will stay that way until someone or something turns it upside down and allows the process to begin again.

Our “to be or not to be” state is defined by our boundaries of what is and what is not. These boundaries flow over the course of our lives, and experiences influence the placement of those boundaries and how much time we spend in one of the opposite states or the place in-be-tween.

The following passage is contained in the letter Einstein wrote to Queen Elizabeth of Belgium (1876-1965):

“Still there are moments when one feels free from one’s own identification with human limitations and inadequacies. At such moments, one imagines that one stands on some spot of a small planet, gazing in amazement at the cold yet profoundly moving beauty of the eternal, the unfathomable: life and death flow into one, and there is neither evolution nor destiny; only being.” 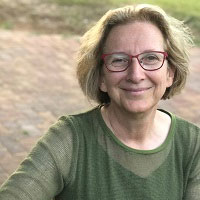