A great deal has been written about ADHD (Attention-Deficit/Hyperactive Disorder) – a neurological condition that is characterized by inattention, hyperactivity, impulsiveness, or a combination of all of these features.  ADHD is usually genetically inherited and is diagnosed in children, adolescents as well as in adults.  Contrary to popular opinion, ADHD does not disappear in adulthood, although the symptoms may manifest differently in adults than in children or adolescents.

Anxiety disorders can include symptoms such as chronic, exaggerated fear or worry; a variety of physical symptoms; insomnia; and problems with concentration or distractibility. This last feature in particular is also characteristic of ADHD, making it very difficult at times to assess whether an individual has ADHD, an anxiety disorder or both conditions simultaneously.

Getting an accurate diagnosis which takes into consideration both the ADHD and the anxiety disorder or depression is not always a simple matter.  Frequently, ADHD may be diagnosed, while the anxiety disorder or depression may be overlooked or the opposite may also be true.  In either case, when only one piece of the puzzle is being addressed, individuals seeking treatment may continue to suffer and may not receive the necessary help that they need.

If you suspect that you or a loved one is suffering from ADHD in conjunction with anxiety or depression – any of which may have gone undiagnosed – seek out a competent professional who is trained in how to assess and treat these disorders.  The first step to getting help is being able to accurately identify and understand the cause or causes of the difficulties you are experiencing.  Having a name for your symptoms often brings a great deal of relief and can pave the way for you to receive the type of treatment that can significantly improve your life in the years ahead.

Aviva Zahavi-Asa, M.S.W., L.C.S.W., is a clinical social worker and a certified couples and family therapist who specializes in treating adolescents and adults with ADHD and/or learning disabilities.  She also works with couples and families in which a spouse and/or child has ADHD.  Aviva maintains a private therapy practice in Efrat and Jerusalem and can be reached for consultations and therapy appointments at 052-8567977.  Services are provided in both English and Hebrew. http://avivazahavi-asa.weebly.com/ 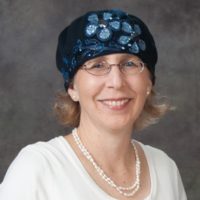