It can happen at any time or place.

But especially now, with the impact of COVID-19 still being felt here in Israel even as things are finally opening up, it's an expected emotion to be feeling.

And we are all in it together. Including your therapist. That can be comforting and validating for you, maybe. "But I'm here for more than validation…"

So, let's take Avi for example (no worries, it's a fake name and confidentiality is kept).

He lost his job as a lawyer. Sent on unpaid leave. His boss promised to take him back once things get back to normal, but things aren't back to normal and there's no sign of things changing in the near future.  The office doesn't have enough work streaming in to take him back. And he's heard from colleagues that the same is happening in all the other firms as well.  He tried making a few phone calls, sent some emails, tried working LinkedIn. But nothing turned up. No job offers. It's all dead. At least for now.

Reality will hopefully change in the not so far future. Maybe even next week.

But what about right now?

The situation is completely out of his control. Facts of life are being thrown at him mercilessly and there's nothing he can do about it. So naturally, he's feeling awfully helpless and a bit hopeless. He feels this heavy sensation in his body. A knot in his stomach. Thoughts racing.

What can I do when I feel like this?

Here are 3 powerful skills I know of:

1.      Regain a sense of control by creating a series of small successes.

2.      Surrender your helplessness to your higher power.

3.      Experience the temporary essence of helplessness through meditation.

Each of these skills are in fact an invitation to take on a different way of living.

So… they are very densely packed.

Let me unpack them a bit for you and explain:

1.     Regain A Sense of Control by Creating A Series of Small Successes

The idea here is to stop trying to control the uncontrollable.

Stop trying to tackle it head on, because you can't… Instead, Avi can try and focus on other areas or activities in his life besides finding a job, where he can regain some sense of control, confidence and hope. Something to hold him through this period.  For instance – if he's pressed hard for money – he can look for other income-generating activities, get some money flowing in from there, even a bit. That will already give him a sense of accomplishment and calmness.

Or he could finally get around to projects around the apartment that have been waiting for years. Like painting, building something, starting a running routine, learning some new online skill, rearranging furniture… you get it.

Small successes and even the most minor experiences of control, have the nature of leading me to want to take on the next thing and then the next.  Growth can be exponential and before you know it, Avi has taken on a whole series of small accomplishments which changed his inner emotional landscape.

Now, this kind of action probably feels familiar and sits comfortably within our western mind because it's all about achievement, creating success and thereby building confidence.  This "can do" spirit is crucial for our ability to move forward and get things done.

The next suggested action, however, runs in direct opposition to our western patterns of thought…

2. Surrender Your Helplessness to Your Higher Power

This skill is really not a skill but a way of life.  It was popularized by the 12-step programs of recovery for people suffering from addictions, but one can say that it has deep roots in the world's religions.  Nonetheless, it does not require you to become a believer in God or to be a member of any religious sect. The 12-step programs are known to have been working for agnostics and atheists as well.

To perform this act, all you need is to believe in a power greater than yourself.  This can be anything of actual significance to you. Like the power of a support group, nature, the force or energy of the universe. Or God.  Whatever speaks to you, really.

Then, what we want to do is "surrender". To admit defeat to myself and to my higher power. To admit that I cannot tackle this alone, and therefore, I'm giving it up to "Him".

"Huh? What's this crazy talk bro? What does this even mean??"

Let me tell you something…You're right!

This sounds at first like crazy talk to us westerners. Even religious people nowadays are indoctrinated by the western ethos of empowerment through achievement and taking control of your life and destiny.  That can be very limiting.

Don't get me wrong. I'm not saying that my first tip above is somehow problematic. Not at all.  I think that taking small actions to boost a sense of control and self-empowerment is a truly great way to gain positive change. But at the same time, how about also trying something completely different? See if it works for you.

So let's clarify what surrendering would look like.  Back to Avi. He would say out loud something like this:

"I'm powerless and helpless over finding a job. So I give it up to you, my higher power. What's your will for me now?"

Then, Avi takes a moment of silence and tries to come up with what his Higher Power would have him be now.  The general direction that the answer should take is – "Use this situation for the better. Be compassionate to yourself and of service to others".

So let's say Avi is able to come up with what his Higher Power's will is for him. Or even if he is not able to.  He is then advised to call a good friend, a confidant or family member and share the issue and then ask them what they think his Higher Power's will is for him now.  In other words, whereas with skill #1 we are trying to fight and regain control, here we're doing the opposite – we're accepting reality as it is, surrendering, giving up control, and finding serenity through that acceptance.

Like I said, this is a way of life, and it entails finding your Higher Power and getting into a habit of 'giving up' which is counterintuitive to our core western instincts, but those who are willing to give it a shot can reap profound rewards.

Alright then, moving right along to skill #3…

3. Experience the Temporary Essence of Helplessness Through Meditation.

This skill entails some practice and can have a profound impact if it becomes part of your routine.  However, the rewards can be felt already from the first few attempts.    Like with skill #2, here too the point is not for me to try and regain control. But unlike with skill# 2, it's not really about performing an act of acceptance.  It's about not performing any action at all.  It's about non-performing.

"So, what the heck do I actually do?"

It's not about doing but rather about experiencing and recognizing all emotions (and thoughts) – including helplessness – as a temporary phenomenon that comes and goes.  Let me describe to you what that would look like.

So back again to Avi.

Avi would sit comfortably, close his eyes if he wants to. Then he would draw his attention to his breathing. Focus on the airflow coming in and going out.  Whenever other thoughts or emotions pop into his head, the idea would not be for him to fight them and shove them away aggressively.  Rather, to notice the thought or the emotion, acknowledge it, and then gently return his attention to his breathing.  He can keep going with this for 10 minutes or more. Even 5 minutes is great.

So when that sense of helplessness creeps in, he can take 5 minutes, sit in a quiet place, breath and meditate as described.

You may be wondering now - how exactly does this help?  Well, we learn to externalize the emotion, become aware of it, see it from the outside, and then let it go.  With some time and practice, Avi trains his mind to relax in the face of such overwhelming emotions and they can return to their healthy size. The helplessness can still come up, but it doesn't take over anymore.

Our mind becomes freer and freer of it's looming presence.  It's just an emotion that comes and goes, like anything in our mind.  This allows my mind to quiet down. Achieve a deeper state of serenity.  In turn, as my psyche is working less to deal with the heavy burden of helplessness, my mind is now more free to focus on positive and productive thoughts.

Here's a great way to market this to that western part of you that's rolling it's eyes now: The better you are at non-doing, the more energy you have, to do! Oh, and there's lots of research on the health benefits of meditation or mindfulness. Google it.

So how about you?

What will be your pick? You can try one of these techniques or two or all three at once. They are not mutually exclusive. Give it a shot and help yourself get out of helplessness now! 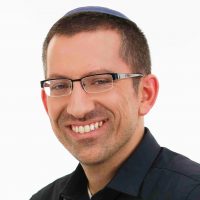