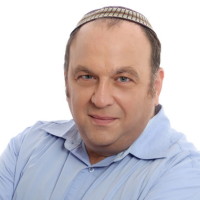 Avraham Friedman, received his MSW at Yeshiva University in New York in 1983. He moved to Israel in 1988 and later received his diplomate training as a clinical logotherapist through the Viktor Frankl Institute for Logotherapy in Texas. He has spoken at the international conference in Dallas and appeared on radio and the internet on logotherapeutic related subjects. Avraham is a co-founder and trainer at the Viktor Frankl Institute of Logotherapy in Israel and has provided supervision in Logotherapy.  He has also received certificates in hypnotherapy, NLP and other modalities. He runs a successful private practice and offers online therapy as well. He has developed into a leading adolescent and young adult therapist dealing with many of the issues common in this age group. He is also an active member of the Israel Association for Logotherapy. He also has a weekly blog on finding meaning in the weekly parsha called LogoParsha.

He believes in the unconditional worth of the client and that each of us has a path to meaning to uncover. At times. though, that may become hidden or obscured. This can lead to frustration which may result in anxiety, depression or other symptoms. Working together with the client, using principles of logotherapy, Avraham has helped hundreds of people regain their footing on the path towards a meaningful life.

"everything can be taken from a man but one thing: the last of the human freedoms—to choose one’s attitude in any given set of circumstances, to choose one’s own way." Victor Frankl

I have spent over 30 years speaking with clients about their emotions. Most of that time I was trying to help them to identify and legitimize their emotional reactions. I have even built up a defensive kind of reaction to a parent who says “don’t be afraid”, especially when we know how important fear can be and the function it serves. “The brave man is not he who does not feel afraid, but he who conquers that fear.”1
So, I approach this

Who is the person I would want to be? How would I behave differently? Do I have principles that I believe in? Will I stand up to pressure? Who am I really?
Many people living through the horrors of the Holocaust asked these questions. 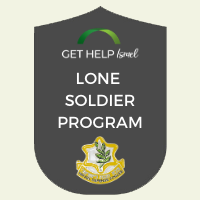